Background
Dr. Hillstead was born & raised in Overton, NV, and graduated from Moapa Valley High School. After serving a mission for his church for 2 years in London, England, he attended and graduated from Southern Utah University in Cedar City, UT. From there, he attended graduate school at Southern California College of Optometry in Fullerton, CA. Dr. Hillstead has been practicing optometry in Nevada and Utah over the past 27 years. He and his wife, Sheryl, have 5 children and 2 grandchildren.

Background
Our Head Optician, Shaun Rich, was born in Ogden, UT, and spent time there until he was 15. The family moved to Gunnison, UT, where he graduated from high school. Shaun served a mission for his church for 2 years in Baltimore, MD. From there he attended Snow College in Ephraim, UT, where he met his wife Pam. They have 4 children. Shaun has worked as an optician in Utah and Nevada for the past 15 years.

Vicky joined our team in May 2017. She has lived in the Mesquite area for 24 years. She and her husband, Trent, have 6 children. Vicky loves refurbishing furniture and spending time with her family. 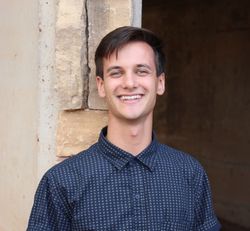 Ryan joined our team in May 2017. He served a mission for his church in Philadelphia, PA. After returning, he attended Southern Utah University and is currently completing his Optical Apprenticeship. He speaks fluent Spanish and his hobbies include skateboarding, drawing, and being in the outdoors.